About The Source The Hub The Circle Podcast Login 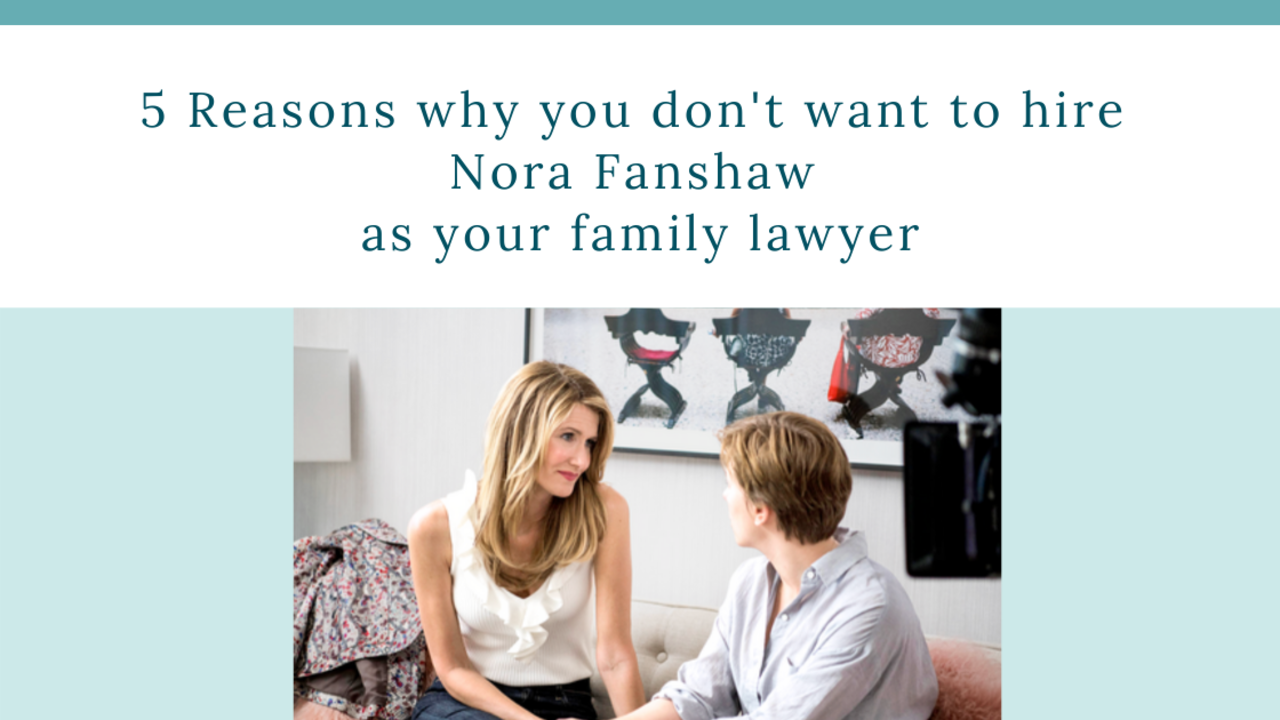 “Getting divorced with a kid can be one of the hardest things you will ever do. It’s like a death, but without a body”.

That little gem of wisdom is from Alan Alda’s character (Bert Spitz) in the heartbreakingly real movie Marriage Story. But what it should really say is – getting divorced with a kid and having a toxic lawyer hell bent on fleecing you for cash while you participate in a toxic legal system can be one of the hardest things you will ever do.

If Marriage Story feels real, it is because writer and director, Noah Baumbach, wrote it in the aftermath of his split from actress Jennifer Jason-Leigh. But remember that it is but one marriage story. And you quickly understand that both Charlie (played by Adam Driver) and Nicole (played by Scarlett Johansson) have very different perceptions of their individual “marriage stories”. It takes a lot of heartache and over $200,000 in legal fees before they understand that to find common ground they need to see and acknowledge the other partner’s marriage story.

The film starts with the best of intentions. In fact Charlie and Nicole are sitting with a mediator in their home city of New York. The impression we get, through their dialogue and presence at the mediator’s office, is that they want to resolve their split amicably. By amicably they want to leave lawyers out of their separation. But it does seem that Charlie is driving the mediation process. Nicole almost seems like a passive bystander.

Shortly after the session with the mediator, we see Nicole move to her native Los Angeles (LA) to take a role in a TV show. She takes Henry, the couple’s son, with her.

Once in LA, Nicole engages lawyer Nora Fanshaw (played by Laura Dern, who won an Oscar for the role).  Nora is a predator disguised by plastic surgery, rich lady hair and powerful don’t mess with me high heels. Once Nora is driving Nicole’s bus, it becomes no different to the bus Keanu Reeves and Sandra Bullock were stuck on in the movie “Speed”. A bus that won’t stop and there is a bomb on board. But in this case the bomb is the entire family law system. The system that Nora says at one point, “rewards bad behaviour”. Ironically she makes this remark while she is making preparations to behave badly.

So, what can we learn from Marriage Story? Quite a lot when it comes to the way we engage with our ex partner in a dispute and how not to pick a lawyer if you want your marriage story to end amicably.

Here are 5 lessons on why you shouldn’t hire Nora Fanshaw (or someone like her) as your family lawyer:

On her first meeting with Nora, Nicole says that she wants to be amicable with Charlie.  Nora, who has already preyed on Nicole’s fear by making her tell her the emotional details of why she and Charlie separated, kicks off those fabulous power shoes, snuggles up next to Nicole on the couch in her office and they have the following exchange:

“Nora: I want you to listen to me. What you are doing is an act of hope. Do you understand that?

Nora: And this. Right now. Is the worst time. It will only get better. Wasn’t it Tom Petty who said, “the waiting is the hardest part?”

Nora: I represented his wife in the divorce. I got half of that song.

Nicole: Oh, I don’t want money or anything.

Nicole: I just worry that because we weren’t going to use lawyers, so don't want to be too aggressive. I want to stay friends.

Nora: We will do it as gently as possible.”

You get the feeling this is a well rehearsed line so Nora can name drop her representation of Tom Petty’s wife and start to prime her client for war.  Nicole has gone from feeling controlled by Charlie to being controlled by Nora.

By the end of the movie, Nicole and Charlie have lost a combined sum of over $200,000 to lawyer’s fees and it has eaten into their son’s college fund. Any property settlement that there was is gone and the relationship between the parties is so much worse than at the start of the movie.

As Charlie’s first (and cheaper) lawyer Bert says to him early on, “I want you to know that eventually this will all be over and whatever we win or lose, it will be the two of you [Charlie and Nicole] having to figure this out together”.

But by the time Charlie has switched to Jay Marotta, his second attack lawyer, they have this dialogue:

“Jay: You should not have put that money [from the theatre grant] in a joint account:

Charlie: There’s not going to be anything left anyway. I’m using it all to divorce her.”

Meanwhile, Nicole’s mother has taken out a loan on her house so she can help Nicole pay Nora’s fees. All with no hope of getting any of that money back because all their joint funds had already been eaten up in legal fees.

Nora pretends to be nice but doesn’t listen to Nicole. At one point Charlie suggests to Nicole they work it out without the lawyers:

“Charlie: Let’s just get in a room, you and me. That’s what we always said we would do. It’s not up to them [the lawyers/ the court]. It is up to us.”

Nicole: Nora said I might sue her for malpractice”.

“This is a street fight now. And I’m going to have ask for the thing that we wouldn’t normally ask for. This system rewards bad behaviour”.

Charlie hires Bert Spitz at first because “he spoke to him like a human” and says things like, “here’s how I see it. If we get bogged down in, “who did this?” And “who did that?” And “I don’t want to pay the 2 dollars,” it will just cost you more money and time and emotional stress and you will probably end up with the same result anyway.”

But then, as the divorce proceedings progress, Charlie is seen with his head in his hands in an interview room with Bert having this exchange:

Bert: But you didn’t commit a crime.

The fear that builds during the early negotiations with Nora and Bert prompts Charlie to do what he didn’t want to do in the first place, lawyer up with a lawyer who will use the same tactics as Nora. By the time this happens, things have become almost irreparable between Charlie and Nicole:

“Nicole: Nora says there is no coming back from this.

Charlie: F**k Nora! I hate f**king Nora telling me I always lived in LA even though I have never lived in LA. How could you have her say those things about me?

Nicole: Jay said them about me too. You shouldn’t have fired Bert.

Charlie: I needed my own a**ehole [lawyer]”

[Warning, this one is a spoiler alert if you haven’t seen the movie!]

By the end, Charlie has agreed to rent an apartment in Los Angeles and Nicole has tentatively agreed to an equal custody split of Henry when Charlie is in LA.

This should be easy to document but Nora can’t help herself, she has this exchange with Nicole about the settlement:

“Nora: And whenever Charlie is in LA, I got the custody breakdown to be 55/45 your way. So you’ll have Henry an extra day every 2 weeks.

Nicole: But I thought we made it equal?

Nora: I tweaked it at the late minute. I just didn’t want him to be able to say he got 50/50 and brag to his friends about it.

Nicole: But I don’t want that.

Want to keep control of your marriage story?

We were pleased to see the portrayal of the warts and all family law system on screen with Marriage Story. At The Separation Place, though the Australian system is not identical to the Californian system we witnessed in Marriage Story, there are various similarities and it was these reasons that inspired Rachael Hempling to step out and create a place where people stay out of court and keep control of their own arrangements.

We have two ways you can do that :

Credit to the movie Marriage Story (available on Netflix) and www.moviequotesandmore.com for the quotes used in the blog post. 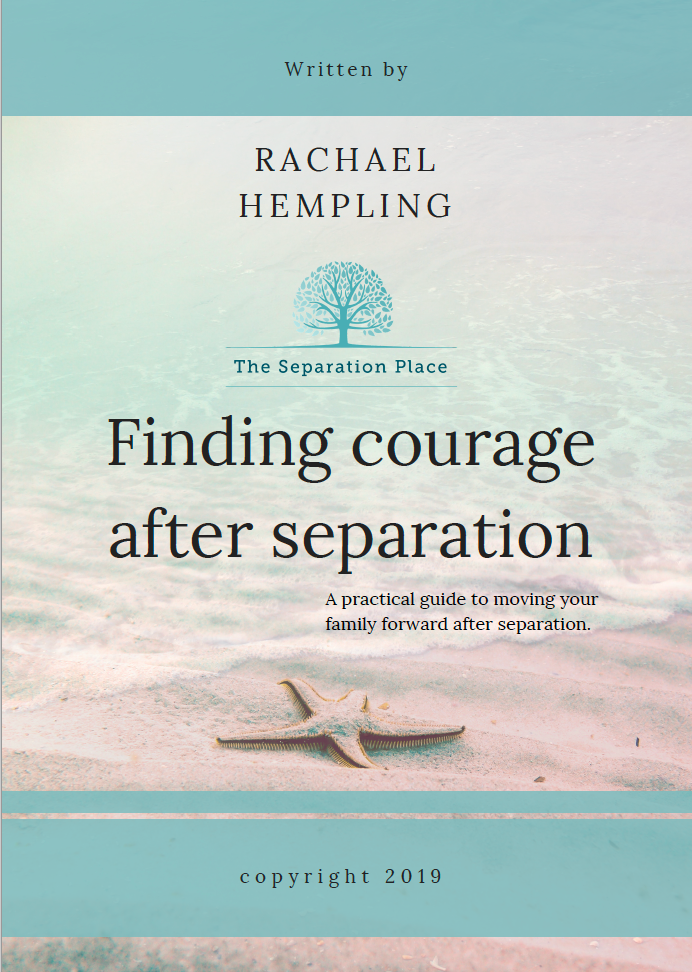 You are on your way to accessing our members platform. Check your inbox for more information.